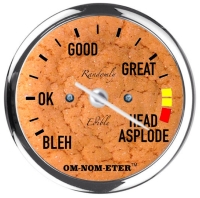 If donuts are a religion, Stan’s Donut Shop is the Vatican. It’s as simple as that. This tiny hole in the wall has people lining up out the door just about every day of the week, and once you’ve been here you will understand why. Be warned: A single Stan’s donut will spoil you for life.

As far as I’m concerned, every single Friday is Official Donut Day. What better way to kick off the weekend than with a sugary hunk of fried calories? Unfortunately, you can’t really eat donuts every week; it’s what medical professionals refer to as “unhealthy”. Party poopers. The best way to justify a donut fix is to invent an excuse to buy some for somebody else, and that’s exactly what I did.

My wife and I are having a new house built in Sunnyvale. Lately I’ve been bothering the dickens out of the construction crew with helpful bits of advice like “Don’t forget to install the front door” and “Please stop screwing things up”. They must love it when I visit. I want them to do a good job on the house, though, and because I’m not above petty bribery I decided to bring the guys some Stan’s. Win-win. 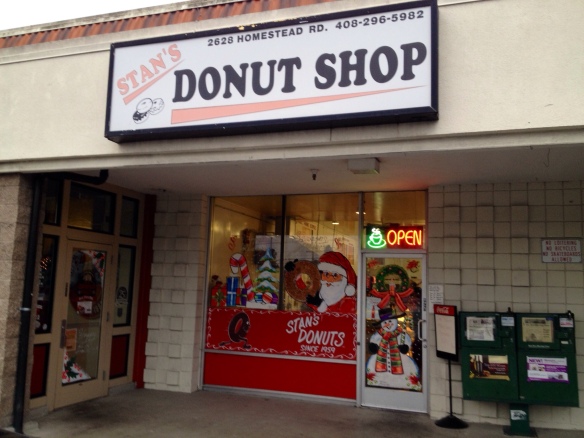 This is one of those places you’d never visit unless someone told you to.

If you look up “hole in the wall” in the dictionary, you will see a picture of Stan’s Donut Shop. I wouldn’t quite call it a dive, but it’s close. Everything is clean and relatively well maintained, but exactly zero effort has gone into decor. That’s fine by me though – screw the ambiance, focus on the eats. The whole shop is barely wider than the doorway to get inside, and there is a simple glass case with a cash register immediately to the left of the entrance. There is also a bar to sit at; there you can ponder how many donuts to order and whether you’d like decaf or regular coffee. And that’s it. 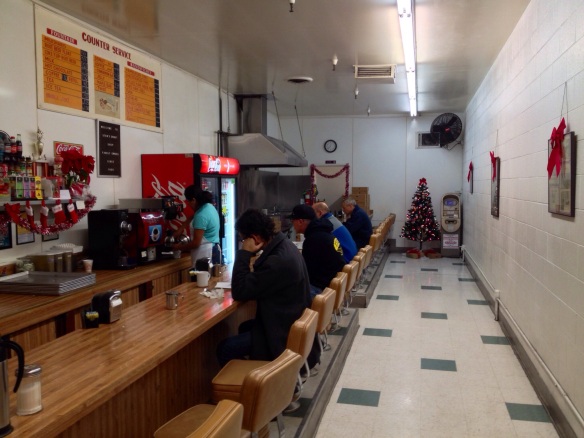 1974 called. They want their leatherette and wood-like veneer back.

Alright, forget about the decor and everything else. First impressions are what matter most, and the first impression you’re going to get is that lovely, lovely display case I mentioned earlier. Just look at it. Ssshh, don’t say a word. Just… look. 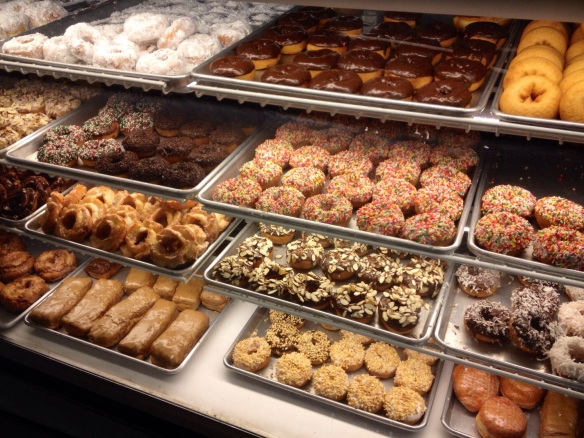 Can’t decide what to try first? I’ll help you choose. What you’re really looking for is whatever it is that they’ve just dragged out of the fryer, and chances are that it’s a batch of plain glazed donuts. Stan’s glazed are so wickedly, incredibly, absurdly good that you really have no choice in the matter but to dump the contents of your wallet onto the counter and plead shamelessly for the nice people to hand you one.

A hot glazed donut from Stan’s is, without question, a bucket list item. They simply melt when you bite into them, and they are… Well, they’re perfect really. Even the very best Krispy Kreme donut you’ve ever had will seem like a distant, disappointing memory after experiencing a Stan’s plain glazed. Remember how I said earlier you’d be spoiled for life? I meant it.

If you’re lucky, you might even manage to get your hands on one of Stan’s legendary cinnamon rolls. They go fast, so you’ll need to get up early if you want a shot at one. They are very similar in texture to the glazed donuts, only curled into a spiral and cinnamon-y. Apparently, because the dough needs to rise overnight, only one batch a day is made – when they’re out, they’re out. You need to be super duper lottery-lucky to snag a cinnamon roll right out of the fryer, but let me tell you… It’s worth the chase, it truly is. 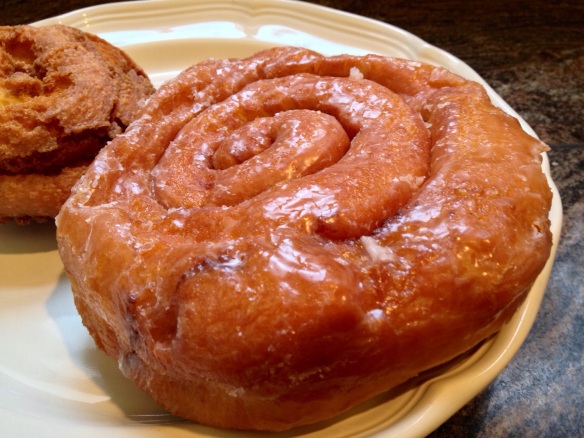 Lady Luck must have been more than just smiling on me on this particular Friday, because I somehow managed to obtain a dozen glazed donuts straight from the fryer AND a hot cinnamon roll. Double score! I also picked up some additional assorted donuts, as well as my own personal favorite: A plain buttermilk. 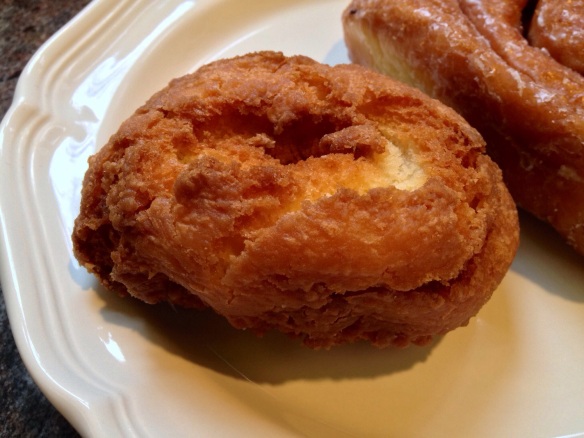 No, this buttermilk donut is mine. You can’t have it.

If you’ve never had a buttermilk donut before, you’re missing out. It’s like a cake donut, only a bit more substantial. Stan’s buttermilks are somehow both denser and fluffier at the same time, and the perfectly golden brown exterior is delicate and ever so slightly crispy and crunchy. Mine was absolute heaven, just as I knew it would be.

I pulled up to the construction site with my bounty, and there didn’t seem to be anybody around. Strange. I got out of my car and grabbed the donut boxes, and suddenly the crew started coming out of the woodwork. Literally, I suppose. They were like a swarm of cats that had just discovered a crashed sardine truck – I was fortunate to escape with my life. I drove away to a chorus of thank yous and many gracious waves; I had done my good deed for the day, and I had ended up with a couple Stan’s donuts for myself to boot. I strained my arm a little patting myself on the back.

As much as I hesitate to hand out a perfect rating, Stan’s Donut Shop deserves one. I give it exactly 471 glazed donuts out of 471; it’s everything a donut shop should be and nothing it shouldn’t. Stan’s has taken a single, humble food and elevated it to a level you’d hardly believe was possible. If your travels land you somewhere vaguely in the western hemisphere, you absolutely must, must, must go here. 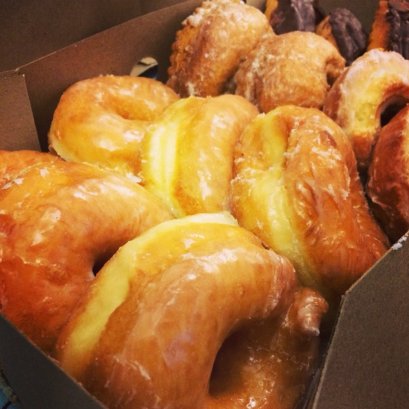 A dozen doughy little angels, living in a box.