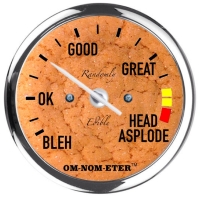 By-Th’-Bucket is truly my kind of place, curious punctuation aside. It’s too bad really, because my last visit was about as uninspiring as Paris Hilton’s intellect. My love of anything and everything pasta usually means that I’m pretty forgiving when it comes to classic Italian eateries, but the permeating sense of ordinary just couldn’t be ignored.

It was a typical Saturday evening. Just like any other totally normal family, Shawn and I had spent the day walking the dogs, running errands, and using a power drill to fling natural rope fibers across the dining room. We decided that an awesome dinner was in order, and so we drove down the street to By-Th’-Bucket. 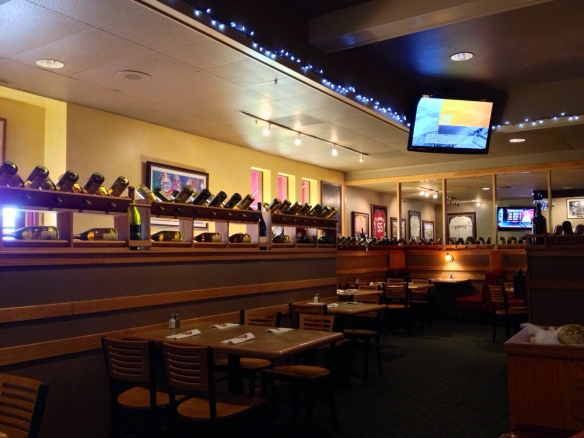 It’s Saturday night. Where is everybody?

I’ve been to this restaurant a number of times, and I’ve always liked it. It’s a blue-blooded seafood and pasta joint that’s been around for over 50 years – what’s not to like? Over the course of my last few visits, however, I’d started to wonder if they were slipping a little. No, that’s nonsense. I love all Italian food, and I love this restaurant. There can’t be anything wrong with it.

The menu at By-Th’-Bucket is extensive; there’s seafood, rotisserie meats, specialty pastas, pizza, steaks… The list goes on. I picked out gnocchi with meat sauce, and Shawn went for a Macho Man pizza. I wasn’t sure if I should feel amused or threatened that her meal would be manlier than mine. I decided instead to start humming the Village People hit of the same name, which resulted in a satisfyingly annoyed eye roll from across the table. 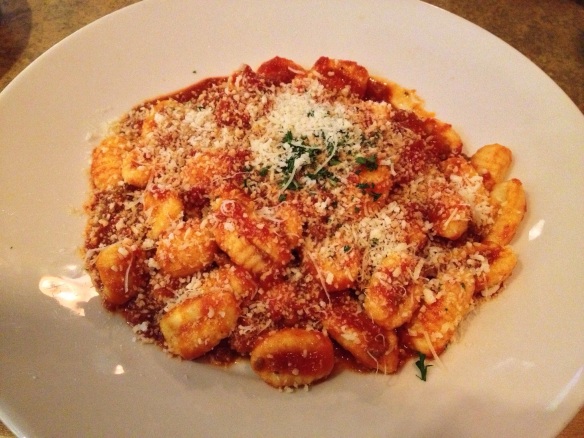 Our food arrived after a slightly longer than average wait, and we dug in. My gnocchi was… Well, it was just extremely meh. It was about the same temperature as bathwater, and the sauce tasted like it came out of a jar. I didn’t hate it, but I could quite literally go to the grocery store and make the same identical dish with two basic off-the-shelf ingredients and a microwave. No, wait, it had a dried parsley garnish as well. Ok, so three ingredients. Ho hum. 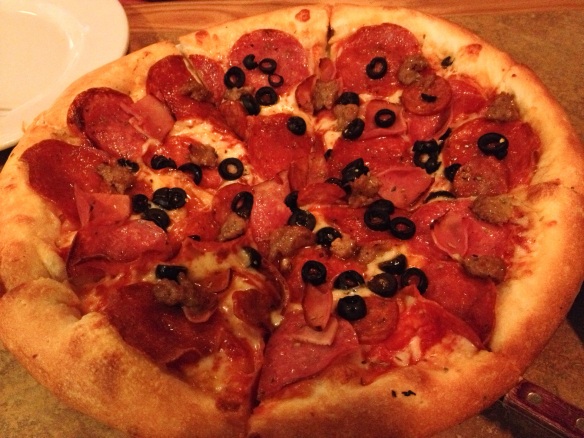 This sure seems to be a pizza.

Meanwhile, Shawn was enjoying – no, eating – her pizza. “Do you like it?” I asked. She shrugged, rather unimpressed. I tried a piece and shrugged in exactly the same way. Just like the gnocchi, it wasn’t bad so much as it was just sort of… there. The ham, pepperoni, and salami toppings were all exactly what you’d expect to find for sale in a gas station. The crust was bready but acceptable, and I couldn’t tell for sure if it was handmade or not. The sauce was red and probably made out of tomatoes. It was approximately as satisfying as not peeling the plastic film off of a new remote control.

I was at a loss for what I thought of the meal, because there wasn’t really anything at all to think of. Shawn, reading the expression on my face, said, “There are just too many other really good restaurants around here to bother with this place.” Yep, that was it. She’d nailed it.

In conclusion, By-Th’-Bucket isn’t a bad restaurant. I give it a middle-of-the-road 20 out of 40 armpit temperature gnocchi, making it more or less worth a visit if you find yourself stuck in the immediate area without a car. Sadly, By-Th’-Bucket’s biggest downfall is that it just isn’t up to snuff with its peers. I’ll be giving them another chance at some point I’m sure, but who knows when that will be. If you’re looking for awesome Italian food in San Jose, head a mile down the road to Tony & Alba’s instead. 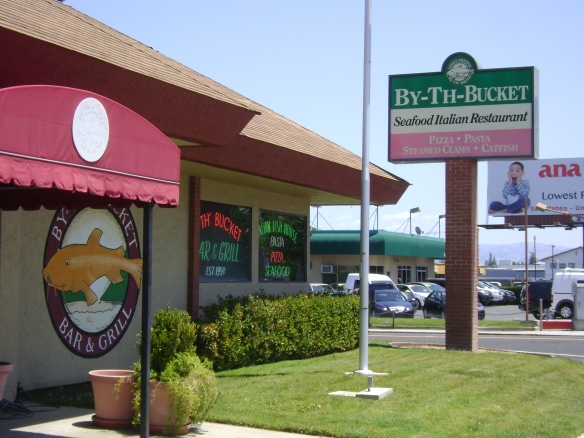